Turn to the side of the railway track, then follow the chickens along the narrow green strip, finally you see: a long flat building on the right, a petrol pump in the background in front of tall green diesel tanks, a fallow gravelled area on the left. A truly special place almost in the centre of Holzkirchen, which you don’t really know unless you really want to go there.

Because since February, this has been the office of the Maloja Pushbikers, headquarters of the Continental road team, salesroom for bikes, and: an extraordinary workshop. Waldemar Wilhelm’s realm opens up behind large brown industrial doors. He is workshop manager and probably loves bikes as much as we do. Not least because of him and his work, this new space has become a place for like-minded people: passionate cyclists & bike lovers.

Keeping calm is part of Waldemar’s job. Tinkering, looking closely, sometimes being inventive. He is responsible for all Wiawis bikes sold through the Pushbikers Shop and fulfils individual bike wishes. The old workshop room with its partly peeling wall paint is filled with music, countless bikes hang on the wall, ready for collection or still waiting for Waldemar’s service. At his workplace: lots of tools, cleaning and care products, rags, spare parts and a few jelly bears. The work is done quickly and routinely, including the complete bike assembly: checking the frame, mounting the seatpost, screwing on the add-on parts, tubeless tyre assembly, programming the gears and the supreme discipline – wrapping the handlebar tape. That’s where he really is king. Many steps are necessary before you finally have a road, gravel or mountain bike you can ride.

And the beauty of it? “Actually, every bike is unique,” Waldemar tells us. “We don’t have off-the-peg bikes. Through our connection to the pro team, we have many customers who have been following the Pushbikers for a long time and know their way around. They trust that they will get a really good bike with the right components from us. That’s both an incentive and a joy for me.” 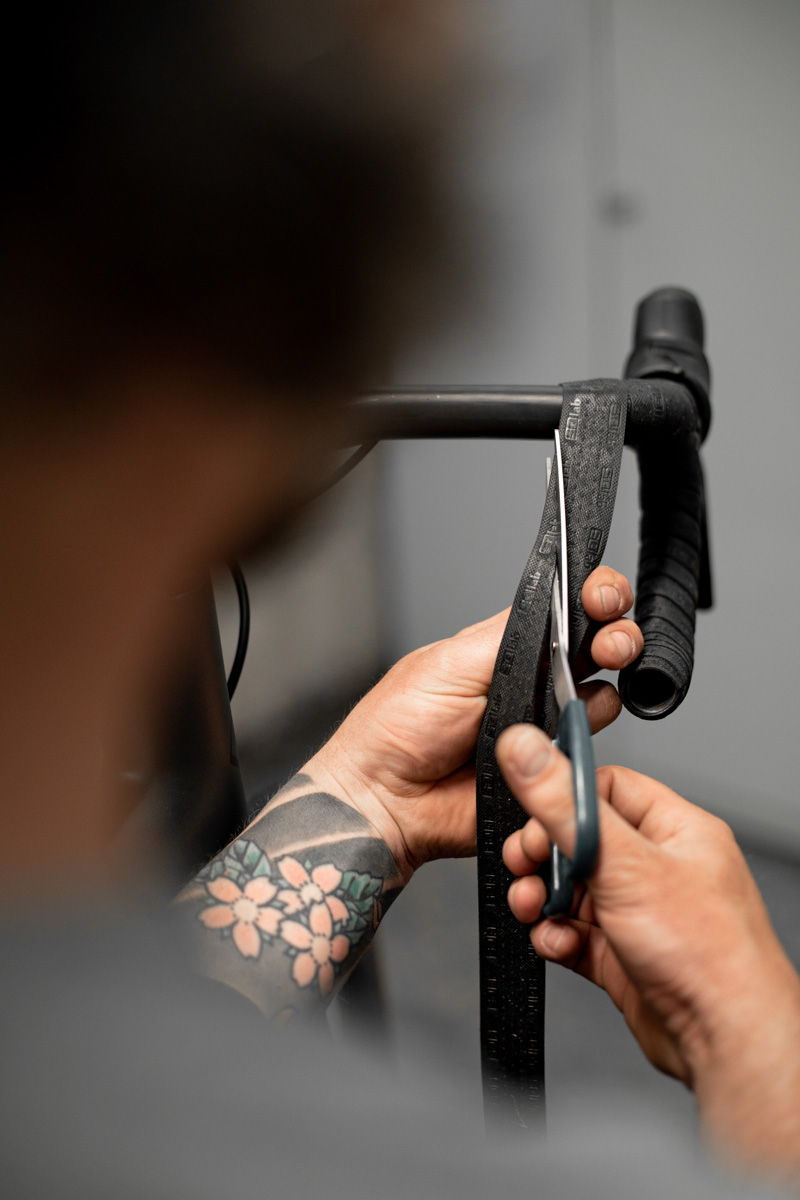 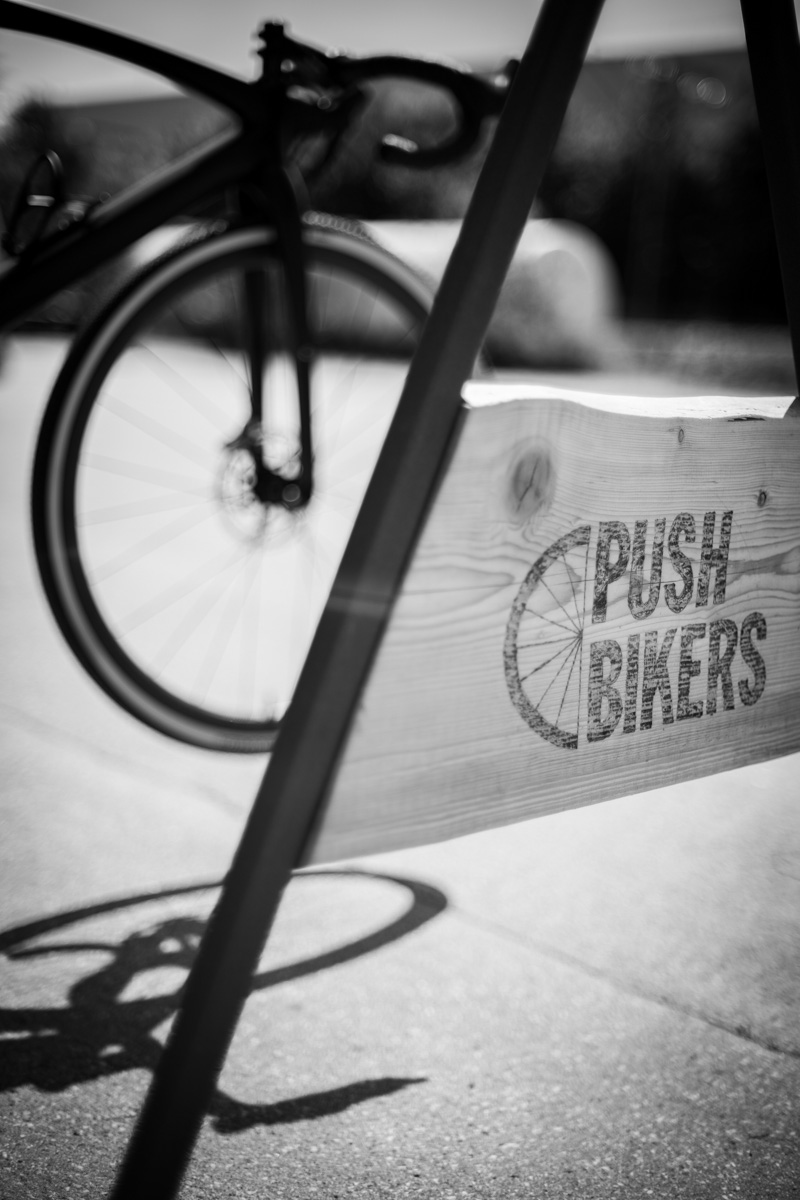 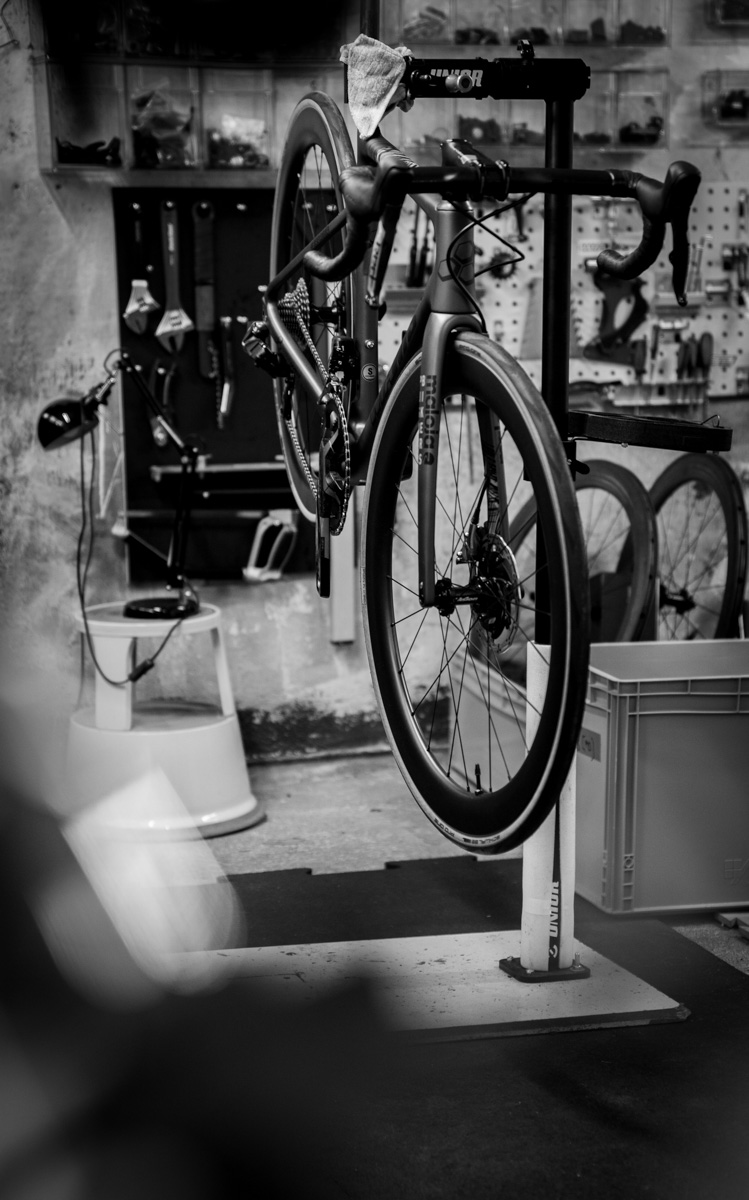 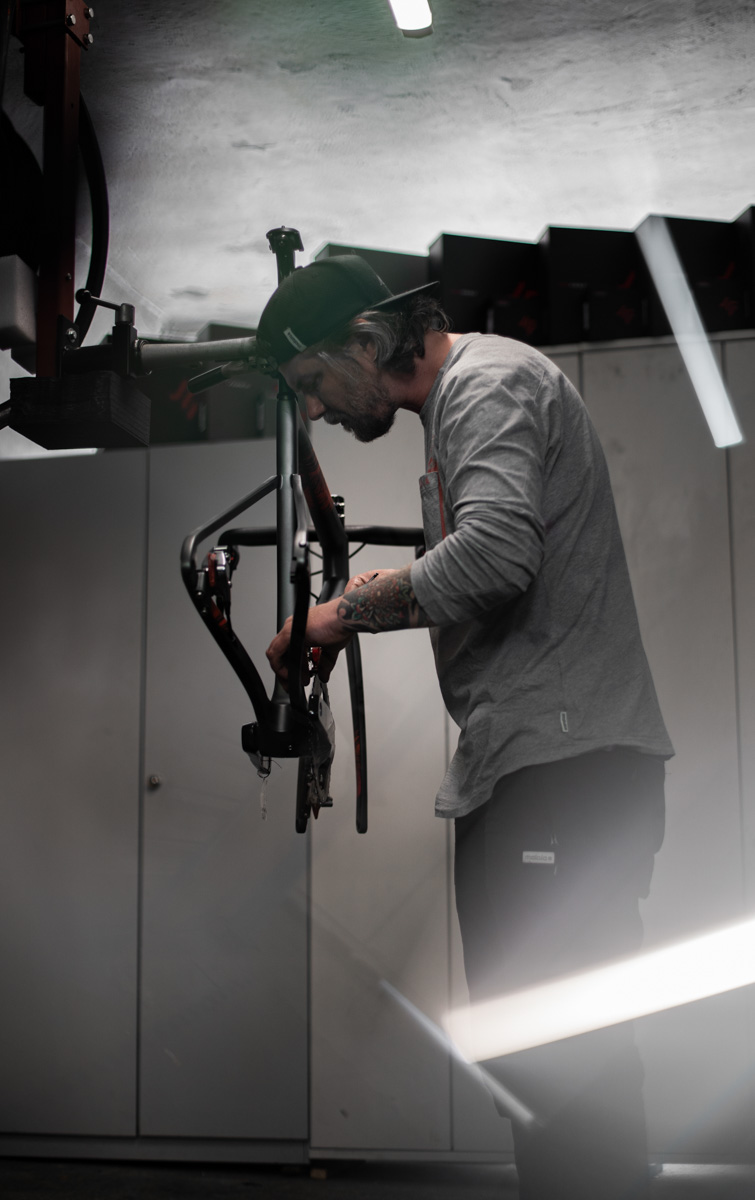 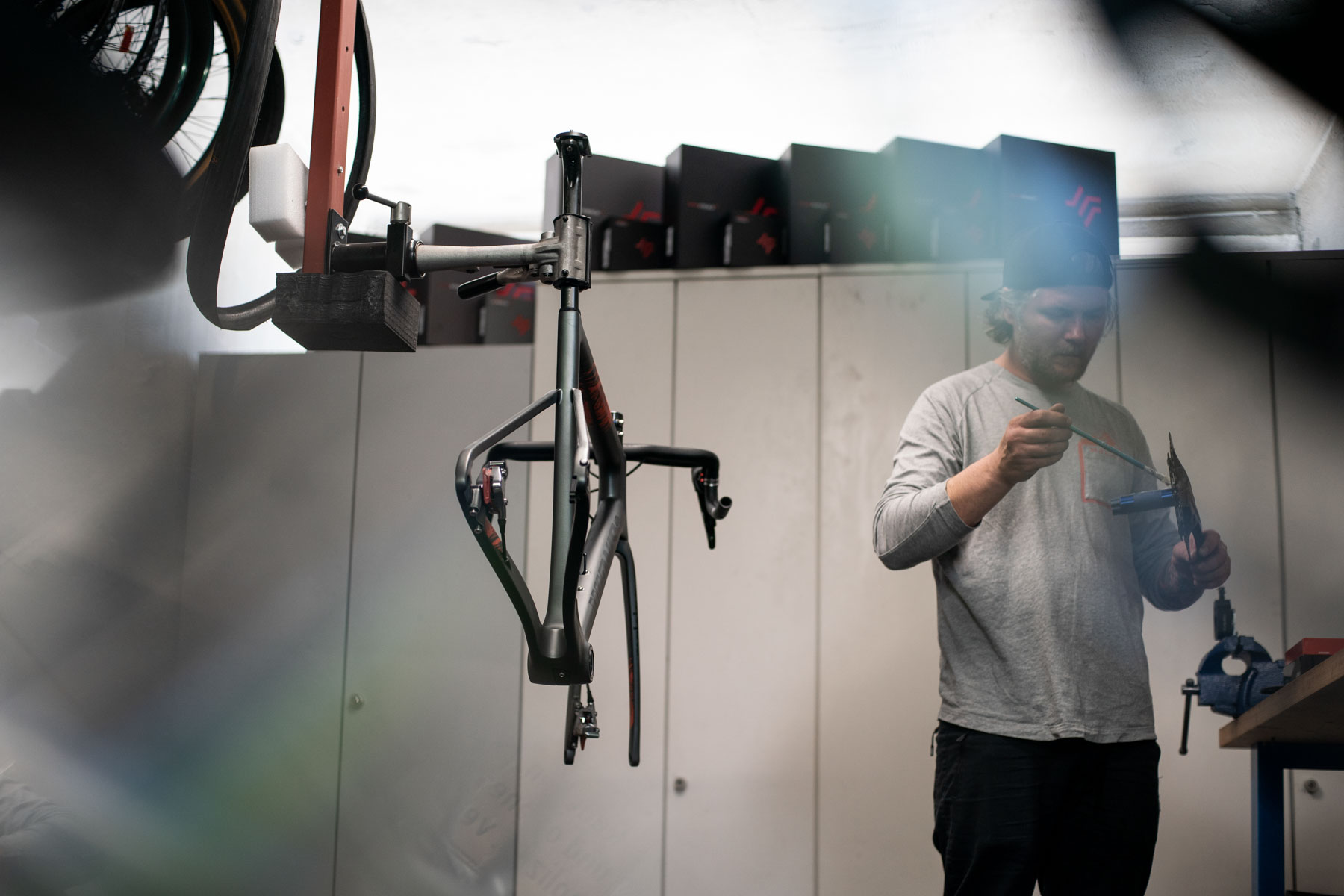 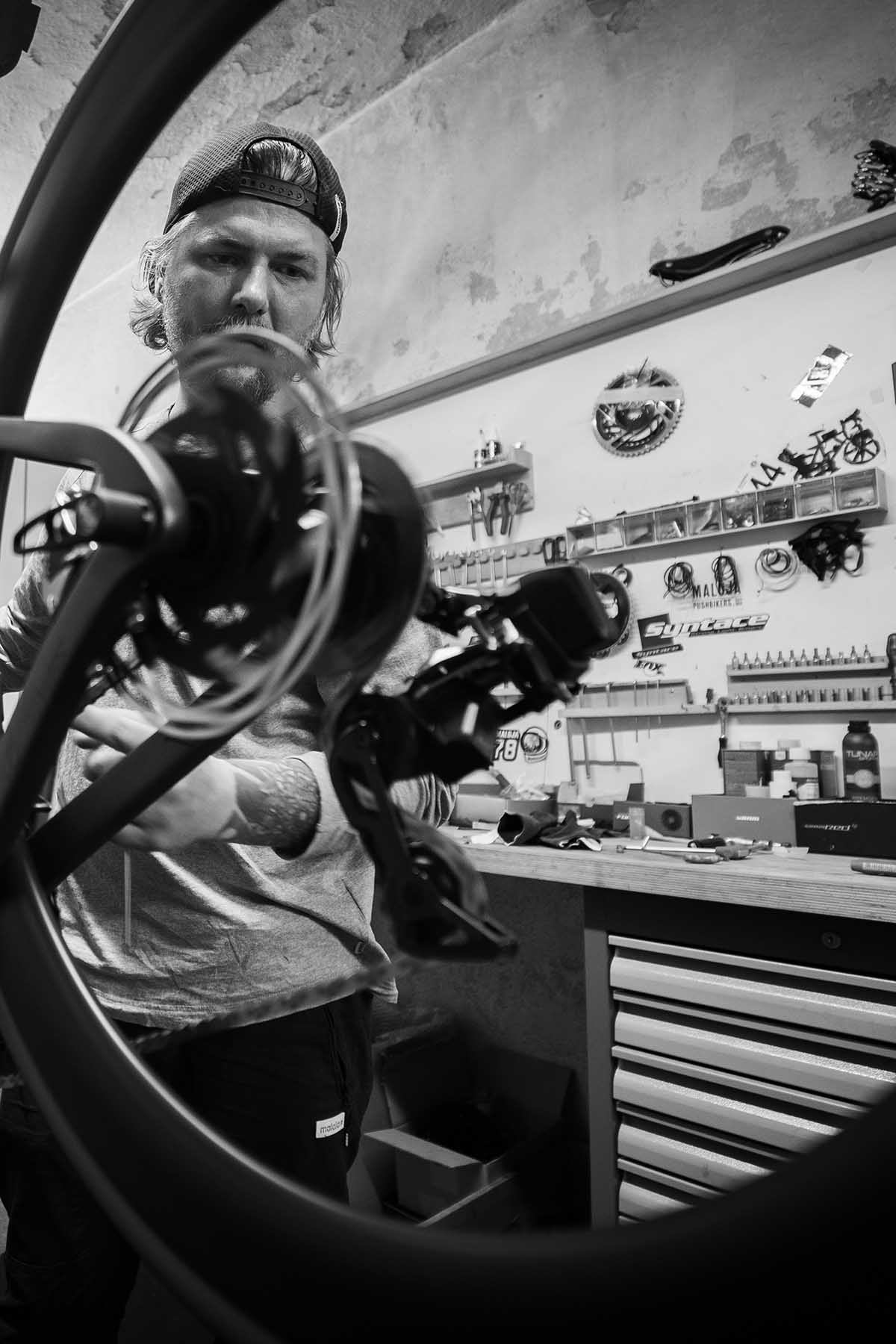